It was a cold and crisp December evening, and the streets of Seattle were still covered in snow. Multiple Tour Buses and vehicles lined the streets adjacent to the Paramount Theatre, letting people know who were making their way to see the Brian Setzer Orchestra that there were going to witness an awesome show with a large ensemble of musicians and props that will adorn the theater and continue the Holiday spirit during Brian Setzer Orchestra’s annual Christmas Rocks tour.

The theater was packed to the rafters with fans ranging from longtime fans of Brian Setzer or the Stray Cats, who also brought the family, parents and their children or even grandparents with their grandchildren – regardless of age, everyone was festive and happy and looking forward to an incredible evening of Holiday and rockabilly music.

As the house lights went down, the crowd let out a thunderous cheer as members of the orchestra made their way to the stage while “It’s The Most Wonderful Time of the Year” was playing over the sound system. Finally Brian Setzer made his way to the stage and the band jumped right into “Pennsylvania 6-5000”. Setzer with his signature Gretsch guitar and iconic voice, lead the awesome ensemble into “Rockin’ Around The Christmas Tree” and “Hoodoo Voodoo Doll”.

The stage was adorned with many Christmas props and neon lights, the mood was very festive. The horn section players were swaying back and forth, the bassist rocking and spinning his stand-up bass, the piano player going to town on the keys, and the back-up vocalists grooving and moving along with the sound of music, along with Setzer ripping some awesome solos and delivering his signature vocals and people were on their feet singing and dancing along.

The twenty piece band then proceeded to play some great rockabilly covers, such as “Gene & Eddie”, “The Dirty Boogie”, “Jump Jive an’ Wail” as well as some Christmas covers such as “Here Comes Santa Claus (Right Down Sana Claus Lane)”,  and “The Christmas Song (Chestnuts Roasting on an Open Fire)”. Surprise song of the evening was a great rendition of “Runnin’ Down a Dream” by the late great Tom Petty which provided the band a standing ovation.

As the members of the orchestra made their way off of the stage, Setzer along with his drummer, bassist and piano player, belted out additional Stray Cats songs “Fishnet Stockings” and “Rock This Town” which closed out the band’s set. The band made their way back to the stage to perform “Nutcracker Suite” and “Jingle Bells” during their encore, which saw Santa Claus making an appearance on stage. The band ended the evening on that high note.

Opening the show were the Texas Gentleman who are touring in support of their release TX Jelly. Their sound consisted of rock, soul, funk and country and they put on a solid thirty minute set that won them some new fans. 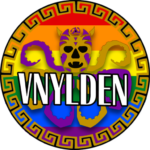