Just this year we have seen many artists re-releasing their albums on vinyl.

One example of this is the 2000’s Emo/Pop-Punk band Taking Back Sunday. TBS recently re-released their debut album Tell All Your Friends on vinyl to celebrate the 17th anniversary of the album. Originally released on Victory Records, But the album has now been released by Craft Recordings. This really doesn’t mean much other than Taking Back Sunday gaining the rights back to their first two albums.

Tell All Your Friends, a classic amongst kids who grew up with Taking Back Sunday — and considered their best album to date. Singles including the ever-so-popular Cute Without the ‘E’ (Cut from the Team) and You’re So Last Summer was popular amongst teens and young adults during the time. I don’t know how many times I would hear both songs blaring in my ex-girlfriends car like it. As a matter of fact, that was my introduction into the world of Taking Back Sunday.

As to why Tell All Your Friends took forever to get a vinyl release is beyond me. I really wasn’t impressed with this vinyl release and here’s the main reason why the audio quality is pretty sub-par. At first, I thought something was wrong with my turntable cartridge. But after further inspection, everything was in check as always.

However, if audio quality isn’t a big deal for you and are looking to add this to your growing vinyl collection then definitely pick this one up. 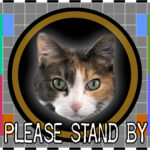